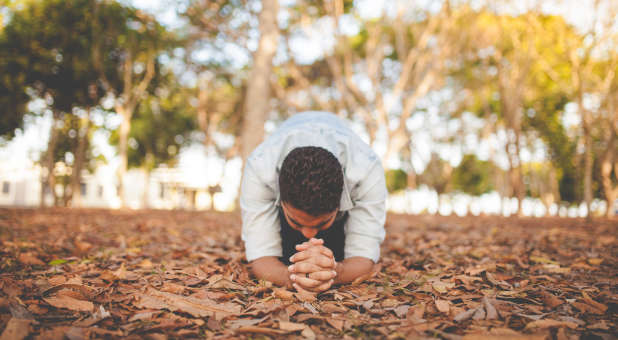 On the Letterman show April 18, 2008 the Top Ten List was “Top ten things overheard during the Pope’s visit to New York City.” One of the answers was “No joke – I just saw the Pope and two rabbis walk into a bar.” The joke needs no explanation but it could be used as a takeoff for a more serious question if posed correctly and the answer might surprise you.

With deference and respect for all Catholic people or those who may have a protestant preacher who is into the prosperity gospel the object here is purely didactic. The child like faith people have in Jesus Christ is what Christ regards and that should be good enough for anyone and it is for me as well.

The question is; how would each of the three do in a crowd of neighborhood folks on some weekend night found partying in a bar? We can only imagine but it would probably go something like this. The Pope who is wildly popular even among unbelievers would come bearing gifts, perhaps a silver chalice and blessings (perceived if not actual) and be well received. The honor of being so close to someone so well known and who after all really does live in a palace, is for most people simply irresistible.

The prosperity preacher should fare well as long as he can get a few people listening. Showing people how connecting to God makes them candidates for houses, lands and riches as their rite of passage or their very birthright as new children of God is not hard to sell. When asked how much money Americans really needed John D. Rockefeller said “just a little bit more.” That being almost always true the prosperity preacher would have nearly a captive audience.

The prophet is the one we may have to worry over just a bit. He or she would no doubt enter the pub and begin preaching the gospel appendaged with calls to repentance. He might add words on the evils of “tarrying long Request prophetic word at the wine” (Pr 23:30) and the responsibilities of family men to spend time at home with the family. He might fly into a diatribe about the horrors of “Tartarus” or “Geena” more commonly known as the preaching of “hell fire and brimstone.” In the end he would find the door; perhaps even while being led through it by the seat of his pants.

Preaching at parties primarily prompts provocation for prophets. That is not just a play on “Ps” but only a footnote to say even in a fairer setting no one wants to hear the cries of the doomsayer.

The prophet often does not want to hear himself. Many of the Biblical prophets tried to run away rather than preach repentance to the locals. They were good at offering elaborate excuses for not preaching.

Jonah didn’t like the culture and mannerisms of the Ninevites so he refused to even enter their city at first. Jeremiah thought he was too young to be a prophet. Elijah was afraid of a women queen and ran away for a time. The apostle Paul thought it was a better thing to kill the Christians than to associate with them until he met Jesus. Other prophets tried to occupy their time dressing trees, raising cattle or farming and hoped God would not call upon them to speak in his name. For those who now trust the prophets we are thankful that God did not respond to their excuses.

What is it that we don’t like about the prophets? They came from every culture and background in life; some were highly educated while others were laborers or tradesmen. It is easy to identify with any number of them on a purely social level but few people do. After suspending all the detractors and surface objections it always boils down to one single matter; the message.

That message has always been singular and it is a call to repentance and a return to the word of God. It is an impassioned plea to men to stop traveling down a path of self destruction and return to the precepts, principles and laws God has laid out for us that lead to his pleasure and our harmony and peace.

God carefully chooses the preachers and prophets that he calls so they will be sufficient for the times in which they live. In other days the call was for men like Charles Spurgeon, George Whitfield or Jonathan Edwards. As the times changed God answered with the likes of Billy Sunday, Billy Graham, David Wilkerson and Arthur Blessitt. Today is a different time with radically different preachers like the late Jerry Falwell or Dr D. James Kennedy and more recently Ray Comfort, Bill Keller, Ron Luce, John McArthur, and a long list of others.

The message is the only thing that doesn’t change. No, the other thing that doesn’t change is that people would still rather not hear the message and will find ways to let their disdain be known. It is prophesied and promised that one day the whole world and a huge body of once faithful church folks will cease heeding “sound teaching.” It is said that Anti – Christ forces will sweep the world even as it tries to sweep the prophets of God right out the door. The worst part is that they temporarily succeed. The Bible does not refer to that time as the “day of evil” (Pr 16:4) by mistake.

The persecution of Gods people but especially his spokesmen (preachers, prophets etc.) will be swift and final as the world approaches the final return of Christ. It is the treatment given to the ancient prophets that confirm the future promises in spite of the twenty-first century notion that ours has become a “civilized world.”

Let’s see, how bad it was for God’s ancient prophets. Here is only a partial list. Jeremiah – Thrown into a mud pit and left to die. Elijah – Chased by an evil king who sought his death. Daniel – Captured and carried away captive. Jesus Christ – Crucified. John the Baptist – Beheaded by Herod for saying he was committing adultery. Apostle Paul – Beheaded by Emperor Nero. The remaining Apostles – All killed in some brutal way according to history.