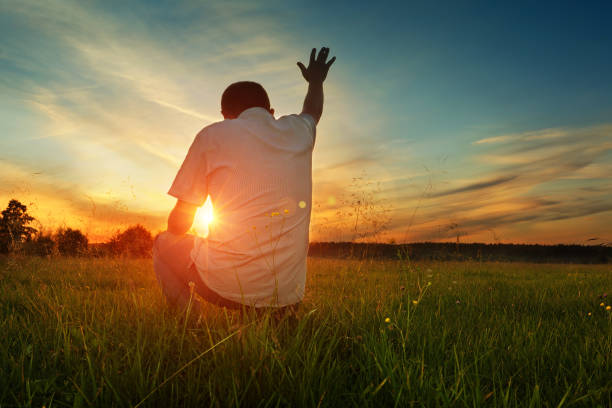 “Nobody is going to tell God what to do and what not to do, but we are in a serious drought in West Texas and since he is the man who controls the rain clouds, we’re asking him for his mercy and his help,” Mayor David Miller told the Lubbock Avalanche-Journal.

The City Council and the Lubbock County commissioners are expected to adopt resolutions this week asking local residents to both pray and fast for rain this Sunday.

So far this year, Lubbock has received about half of its normal 10 inches. In the weeks since June 1, the growing season for cotton, rainfall has been a scant .75 inches, far less than the normal 4.43 inches.”

I used to fast and pray for things. They seemed like important things at the time, well darn, actually they were VERY important, and somehow I was told that if we pray long and hard, and go without eating, God will hear us. I always wondered why God was so deaf in the first place. Rain is a pretty normal thing to expect, “in due season.” Why does the Deity not keep it seasonal, predictable and convenient so the crops can grow normally and abundantly? One year it’s on, one year it’s off, two years it’s off, one year it’s back. Are these reflections of natual cycles or do humans tick God off on a seasonal basis?

And so we resort to begging the Deity to listen. Humans have done that forever. Only the names of the Deities change. I picture God looking back over “his” shoulder and sayiing, “what?…I caaaaaaan’t heeear you.” And so we pray more and harder and longer and with more ferver so that maybe that will do it and God will finally say. “That’s better…now, how can I help you?” That’s what Elijah was said to have done when he mocked the Priests of Baal, the Rain God, and they just couldn’t get it going. He, of course, doused his wood with water and then simply asked the Deity to ignite his pile of wood and whoa…the whole place went up in smoke. The really great thing is that he slaughtered the 400 young, sincere, happen to grow up that way Priests to teach them a lesson about asking the wrong rain and fire god for help. I’m sure they learned real good.

Somehow we have to know that this makes no sense. I have to admit, I have prayed over the years for wisdom, and still done stupid things. I have prayed for direction and driven over the cliff. I have “fervently implored” God to heal this or that person, and they all died. I have asked for their comfort and seen them receive none. When it all seemed to fail or fall short, it was always, “Well Dennis, your ways are not God’s ways and your thoughts are not God’s thoughts.” That’s often too bad because I often would have healed, blessed, guided, directed, fixed and even sent the darn rain, if I could have. I just am not the Deity.

If it doesn’t rain soon in Lubbock, then either the Request personal prophecy people will get the blame, “you can sure tell it’s almost time for Jesus to return,” will be spoken, or something about it raining or not raining on the just and the unjust will be noted. Of course, one never can figure out just who the just are and who the boogers are that are causing all this lack of rain. There have been booger burnings in the past when some thought they knew who the scoundrels were, but it still didn’t help much. God always has to be implored, begged or asked. Why is this so difficult? Humans need food, clothes, rain in due season, veggies, health, kindness, forgiveness and a whole bunch of other stuff that is just darn normal to living. Why do we always have to beg the Deity to pay attention. Can’t he just set the whole thing on automatic or some kind of timer? If we weren’t so busy begging for simple stuff like rain, maybe He’d be more willing to spend some time in the Middle East holding seminars and retreats for Palestinians, Israelis, Iranians, Iraquis, Lebanonese, Syrians, Eqyptians, Saudis and um, um…oh Afghanistanians. Over there I hear they beg the Deity to stop the rockets, phosphorus bombs, throat cuttings, full body group bomb blastings and beheadings….and maybe sometimes for a bit more rain too.

Then there is the fasting part of begging. Oh I know. It is to show we are humble and contrite. Oh come on. I have seen video of how big the universe is and that this one may only be one of billions of grapes on a vine. I am humble enough. We are mitochondria on the butt of Jabba the Hut. Ok, so we throw in fasting. I have fasted plenty in the past for this or that “must have” thing. Again, I always wondered why my being hungry helped God to listen and make up his mind about my humble needs and requests. I know, fasting and prayer is not about God, it’s about YOU. Argh! So if I go without food, then God will send rain because of why? Aren’t we running the risk of God saying, “well now that you are used to not eating, you don’t need rain?” That would not be a good answer!

God already says that humans are less than nothing and worms, so I don’t think the not eating to humble myself is impressing Him andit sure is not making me feel good. And why would God have to be impressed to send rain? If my kids need water, I don’t make them beg. I don’t make them go without water to get my attention, thought it certainly would! No, God, as we think we know Him and have been taught is not a good Father image. He has no Wife and perhaps if He did, she could explain to Him why the kids need water more often and on time. I’ve seen many wives intervene for their kids when dad simply wanted to thwoop em good or push ’em around. Oh I know, some will say , “well Jesus mother Mary will talk to Jesus for us about this rain problem.” Well, that’s fine, but we need to talk to God the Father, not the son on this one. Besides, I think Jesus mom is dead and prolly unavailable until at least the resurrection if that be so. We could hope I suppose. Evidently she had little influence over the past 2000 years of Christian slaughtering Christians and letting God sort them out.